Anupam
Apr 7, 2018
Facebook Inc said on Wednesday that the personal information of up to 87 million users may have been improperly shared with political consultancy Cambridge Analytica, up from a previous news media estimate of more than 50 million.

Facebook Chief Technology Officer Mike Schroepfer shared the higher number as part of a corporate blog post about steps the company was taking to restrict the personal data available to third-party app developers. 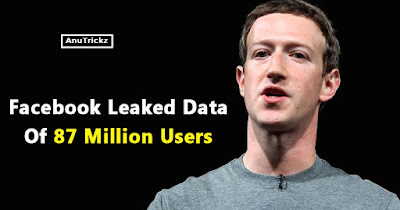 Most of the 87 million people were in the United States, Schroepfer wrote in the blog post.

The world's largest social media company has been hammered by investors and faces anger from users, advertisers and lawmakers after a series of scandals about fake news stories, election-meddling and privacy.

Last week, Facebook CEO Mark Zuckerberg apologized for the mishandling over data of over 50 million of the social media network's users. He said that the company "made mistakes" and needed to own up to them. He will soon testify before Congress over the snafu.


Last month, Facebook acknowledged that personal information about millions of users wrongly ended up in the hands of Cambridge Analytica, which worked on US President Donald Trump's 2016 campaign.

In the statement released today by the company, Mike Schroepfer, the social network giant Facebook’s director of technology, details the nine changes that will be implemented in the coming days. Among them is the new application control that will be launched on April 9, which is a link at the top of the news where users can see what applications they use and the information they have shared with them, as well as eliminate those that you no longer want to use. “As part of this process, we will also let people know if their information may have been shared incorrectly with Cambridge Analytica.”


In addition, the platform will also carry out adjustments to the event APIs, page groups, and Instagram, at the start of the session, in the search and recovery of the account, in the history of calls and messages, and in the data providers and the category of partners.


So, what do you think about this? Simply share all your thoughts and opinions in the comment section below.