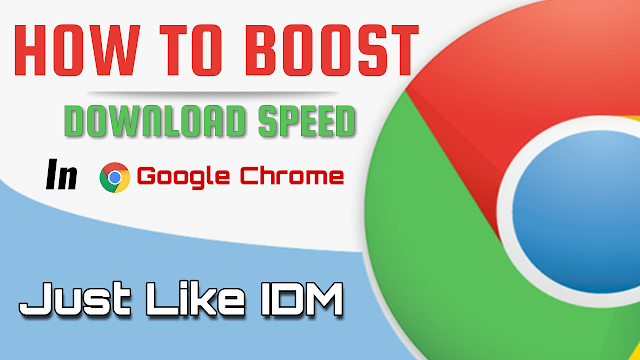 How To Boost Download Speed In Google Chrome Just Like IDM: We must admit that we all use Google Chrome for web browsing. However, the current Google Chrome download system is not much efficient. In fact, we could say that Google chrome downloading speed is also really very slow compared to other browsers.

Actually, Google Chrome is not designed to download very heavy files, but to browse and download a small file. However, the recent feature of Google Chrome is going to change it all. Google is now working to make Chrome version 64 faster by downloading files.

The new feature is known as Parallel Downloads. Guess what? This feature share some similarities with IDM. It split the file into several parts so that each one of them is downloading separately with much faster speed.

Right now the Chrome Parallel downloading feature is available in Chrome for Android, Windows, MacOS, Chrome OS and Linux. The latest feature opens a total of three downloads of it from the server. Once the three different part of the same file downloaded, they are merged together.

Here’s how you can enjoy the faster Downloading speed using Google Chrome:

1) Update your Google Chrome browser and then open the “chrome://flags” page.
2) Search for the “Parallel Downloading” feature and then enable it from the drop-down menu.

Once enabled, you will notice the difference when downloading large files. The feature initiates itself for every download that exceeds the 2 seconds mark.

Tags: Android Tricks, How to